Listen up, kids: there’s a whole world of music out there inspired entirely by flowers. Don’t believe us? Consider these titles: The Rolling Stones Dead Flowers. The Talking Heads Nothing But Flowers. Edith Piaf La Vie En Rose. Bon Jovi Bed of Roses. Zeidler’s Flowers could go on, and we will, below, in the form of a playlist, which we think you should cue up on the sound dock and listen to all summer long. Musicians have long been inspired by the floral world, taking a note from flowers, plants and herbs. The creative exchange has led to some really great songs, and these are some of our favorites.

When Scott McKenzie sang San Francisco (Be Sure To Wear Flowers In Your Hair) in 1967, he was sending a message to hippies who were attending a Monterey pop festival. McKenzie’s lyrics urged them to come dressed in such a way as to express their peaceful, loving vibe. Why? Locals were worried that the festival would draw crowds of rowdy kids. McKenzie’s tune helped establish that hippies were harmless.

Poison’s epic rock ballad Every Rose Has Its Thorn is one of those songs that when you throw it on, everyone sings along. This makes it the perfect pick for a barbecue, where everyone will instantly recognize Bret Michael’s soaring vocals.

Miranda Lambert chose a humble flower as the subject matter for Virginia Bluebell, a hopeful, encouraging little tune about standing out among the statement flowers.

Who could forget Seal’s Kiss From A Rose? This song has an enchanting Baroque sound and a very sentimental message.

We’re going to miss Tom Petty, but luckily his music lives on. Wildflowers from the album of the same name is one of our favorites. It’s a plucky, lighthearted track about a girl so special she belongs among the wildflowers. Play it on Sunday when you’re hanging outdoors or by the pool.

And because flowers and music pair so well together, here’s a wildflower-esque mix we call Madeline. Happy listening! 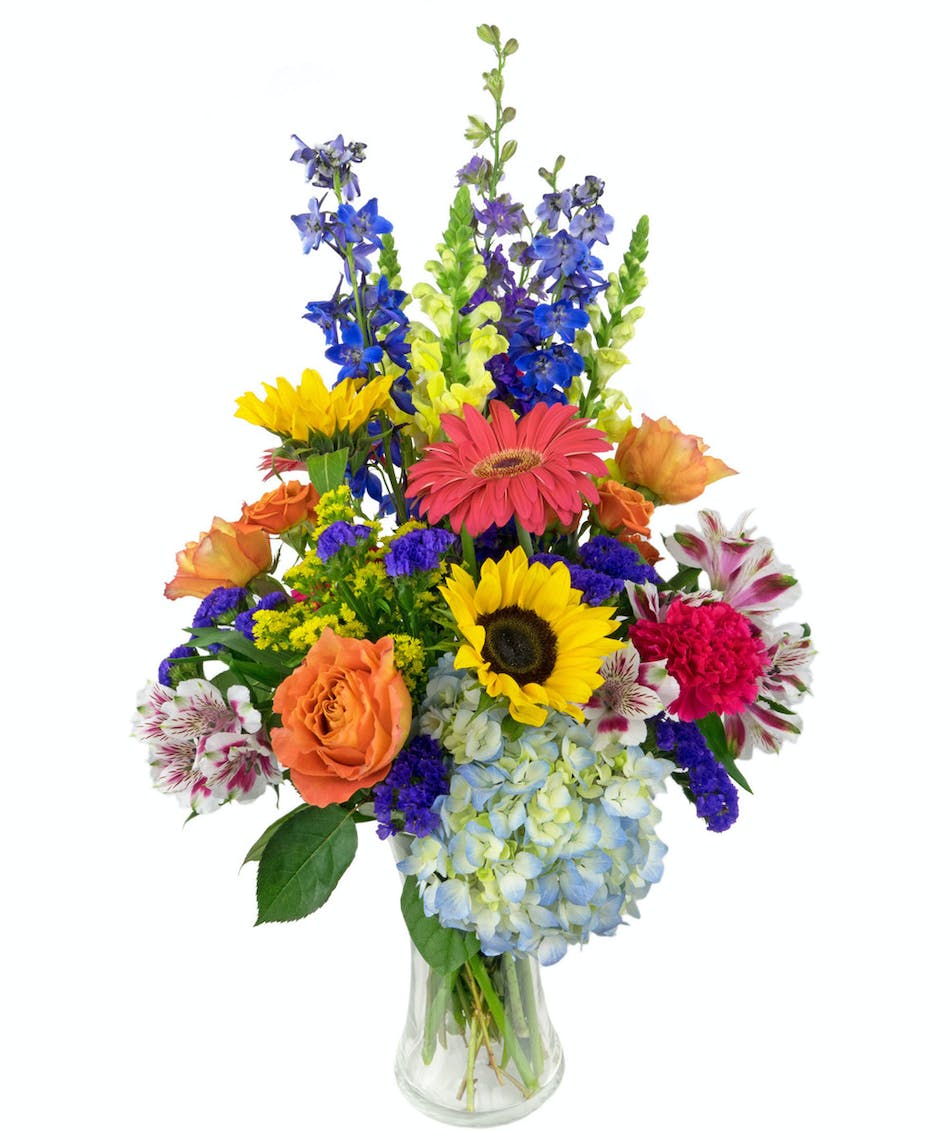